I remember thinking as a small child that I wished there was another choice to be, besides male or female. Something in-between? What a relief it was to discover the phrase and meanings of NON-BINARY!

Non-binary (NB) folx may identify as gender fluid, or outside the male/female binary. Some do not identify as any gender. Some, not all, Intersex people identify as non-binary or two spirit. When a person transitions from gender assigned at birth to non-binary, they might identify as trans. There is no one way to be an ENBY (NB).

How can you know how a particular non-binary person identifies? If it’s important to know, ask. If it’s not relevant to your situation or relationship to that person, either let them tell you if they are so inclined, or don’t concern yourself with it. Some people prefer their privacy, some are very open in certain situations. Rule of thumb, be respectful. People often relate gender to the sex and genitals of someone. But gender is not either of those things. Gender is how you feel and relate in the world. If you don’t feel like you are specifically suited to the roles of male OR female, but perhaps somewhere in-between, you might consider yourself non-binary. But not necessarily. Gender identification is up to you. It’s not your genitals, your masculine or feminine expressions or the clothes you wear. How you feel inside can be your guide to how you like to identify in the world.

Pronouns. People may use different pronouns. You do not have to be non-binary to use pronouns like They, Zee, Xe but it is common in the NB world. But pronouns like he or she are also used by NB folx. Asking what someones pronouns are is becoming a common place courtesy. Lots of people think that they/them/theirs is “poor grammar”. But actually it’s not. While there has been a debate about gender neutral pronouns for hundreds of years, it’s appropriate to use gender neutral pronouns. Speech is a tool for expression. What does it take to express how you want to be identified? How can we all be non-judgmental towards someone that identifies in a genuine and unique way?

Gender roles in our life time. Gender roles are constantly changing. Pink is for girls and blue is for boys is loosing it reputation. The workforce may (may being the operative word here – important topic RIGHT NOW) be more open to diversity in gender, race, disability, etc. but the pay scales and hours worked are still not always equitable. Womens clothing, mens clothing can still be distinctively gendered and geared towards the binary culture. Are we really all that distinctly male or female, one or the other? And by whose standards do we make these assumptions?

From a scientific view, there are a multitude of variables when it comes to chromosomes. We are not necessarily XX or XY.

It’s not a sexual identity or preference. And there are a variety of sexual orientations expressed by ENBYS. Some people that are bisexual may be non-binary, but many non-binary folx do not identify as bi-sexual. “Diamoric is an umbrella term and for all orientations that describe non-binary attraction that does not conform to a similar/opposite gender dichotomy. Wiki” (origin of the word Diamoric- Dionysus, a Greek Demigod, was known to be gender variant)

While this might seem complicated, it’s actually magnificent! It gives people the necessity of communicating on many different levels before becoming sexually and/or romantically involved. If you’re taking the time to discuss your gender and sexual orientations, you will have the door open for more conversations around safe sex, sexual desires and more. These are things that anyone needs to discuss. But having the opportunity to start a connection with someone on a very personal level from the start makes it inviting to share important information – hopefully without hesitation. It’s not enough to assume what a person wants sexually, what their body is like, how they desire to be touched/not touched, at first glance. Communication and how you communicate is key. 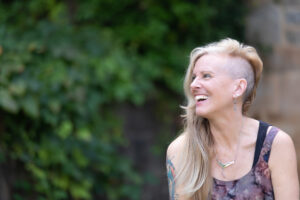